Mid-South will be exhibiting at the National Biomass Summit & Expo this year from July 13-15 in Des Moines, IA. See us at booth #1816 to learn about our latest projects and capabilities.

Mid-South adds reality capture scanning to our list of services

Mid-South is happy to announce that we have added reality capture scanning to our list of services and will incorporate these scans as part of our standard offering on project proposals where it is appropriate. Our new laser scanning system will augment traditional field measurements with the ultimate goal of providing more precise and complete engineering deliverables.

Laser scanning is a method of high-accuracy mapping or reality capture that uses laser beams to quickly obtain complete detail of an entire construction project or existing facility. A 3D laser scanner captures millions of data points, providing information about buildings, structures, and equipment, in seconds. In fact, a single laser can capture up to two million 3D data points per second. Laser scanning is the most accurate form of measurement currently available, delivering accuracy within 0.075 inch (2mm). Incorporating a laser scan into Mid-South’s engineering design will provide more accurate and more complete site information and can reduce the cost and effort of manual measurement. In addition, the scanner data combined with new construction 3D models can help identify possible clashes, limited access areas, and potential safety issues early in the engineering process, reducing the number of change orders in the field.

Whether you want to accurately capture and document existing conditions to produce as-built drawings or you would like to consider site improvements, contact us today to schedule a 3D scan. 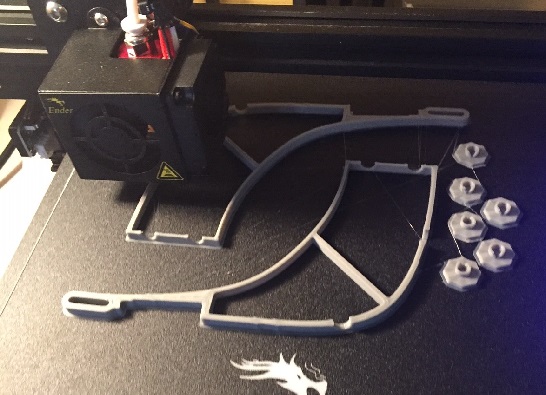 As healthcare workers are treating patients on the front lines of the coronavirus pandemic, others are doing what they can to help. Orange Chaos, the Brewer Maine High School Robotics Team sponsored by Mid-South Engineering, is doing their part to help these front-line workers by designing, producing and donating face shields and face mask retainers. Working in conjunction with the local Challenger Space Center and the Perloff Foundation, they are producing a 3D printed face shield that has been approved by St. Joseph’s Hospital in Bangor, ME.

Mid-South project manager, Everett Bennett PE, coaches the Orange Chaos team and his son, Drew Bennett, is updating the design in SolidWorks as revisions are requested by the hospital or the other design team members. Keeping proper social distance and collaborating remotely, the team can produce approximately 60 shields per day using PLA 3D printing filament and clear plastic sheeting. The shields can be sterilized several times before disposal. Mid-South would like to extend a huge shout out to this group of high school students and their mentors – way to go Orange Chaos! Thank you for your contribution in getting us to the other side of this national emergency. 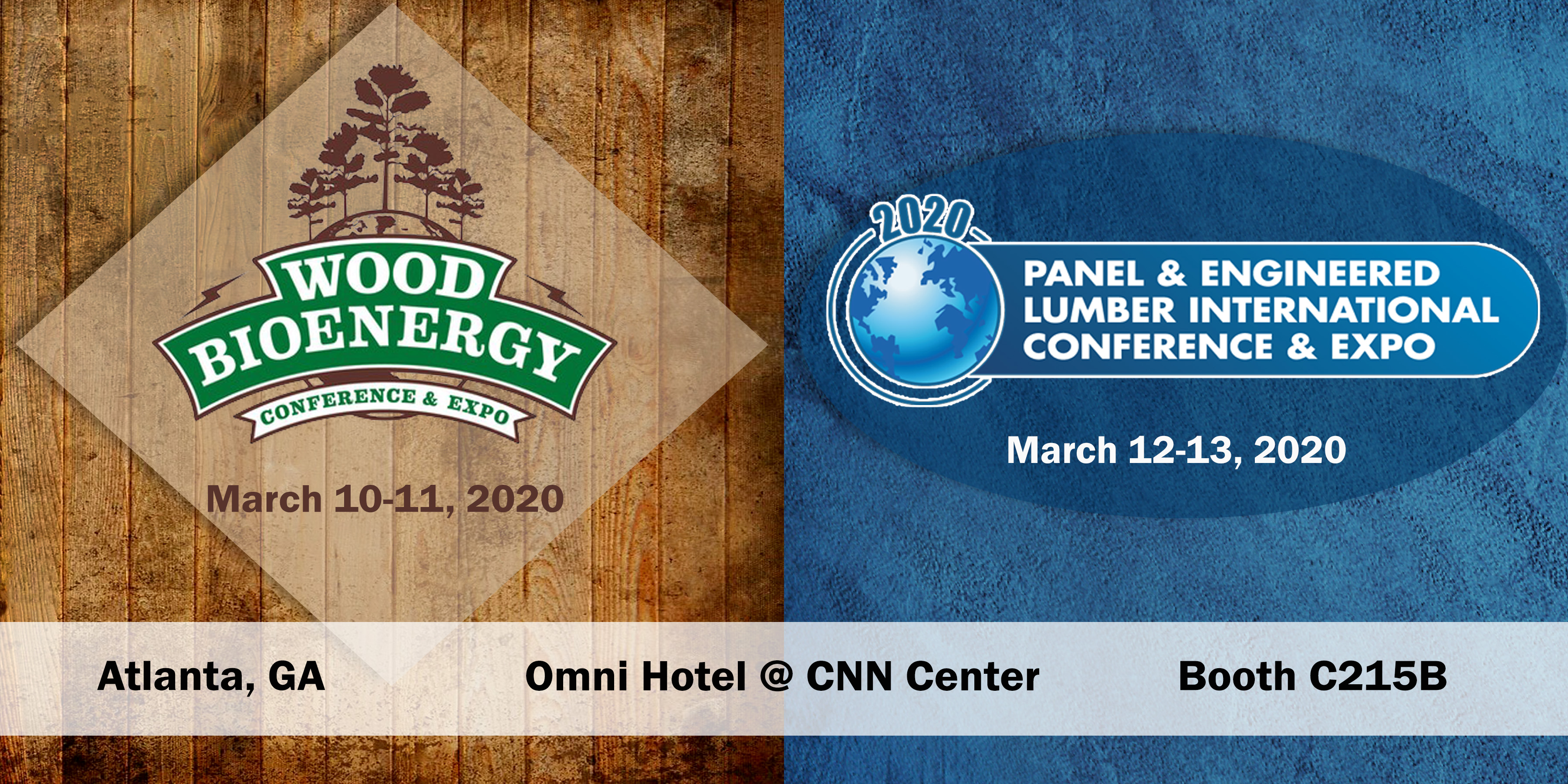 In addition to our booth presence, our Vice President and Senior Project Manager, Scott Stamey, P.E. will be presenting on “Project Execution – Modern Tools and Classic Principles” during the Project Implementation Panel Discussion at both conferences.

Be sure to stop by Booth C215B during either conference to discuss how Mid-South can contribute to your next project.

Since 1973, the Millyard Operating Technical Advancement Group (MOTAG) has maintained the objective to provide a conduit for communications between the fiber industry, vendors, and consultants.  Mid-South would like to invite you to join us at the annual meeting of the Pulp and Paper Industry’s largest not for profit event run by volunteers.

We’ll meet you in Atlanta at MOTAG-SOUTH!

Mid-South to Exhibit at the Biomass Conference Next Week

We are excited to announce that Mid-South will be exhibiting at the 13th Annual International Biomass Conference in Nashville, TN from February 3-5, 2020.  This conference & expo unites industry professionals from all sectors of the biomass industry – biobased power, thermal energy, fuels, and chemicals – and has proven to be the world’s premier educational and networking junction for all things biomass.

Be sure to stop by booth #226 and see how we can collaborate on your next biomass project.

We hope to see you next week! 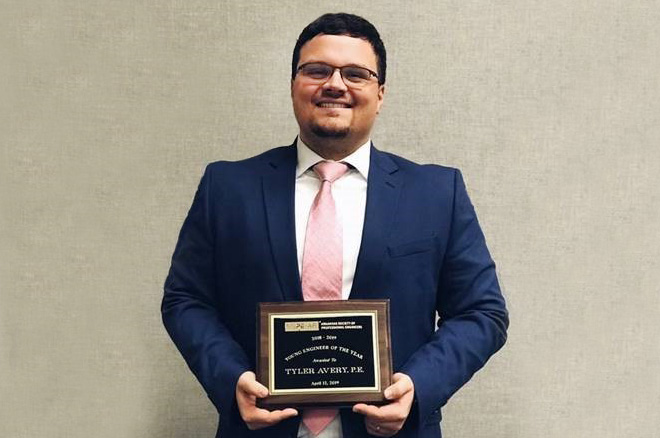 Tyler Avery, Structural Department Manager for Mid-South’s Hot Springs office, was awarded the Arkansas Young Engineer of the Year. Applicants for the award are evaluated on collegiate, professional, societal, and humanitarian achievements.

Tyler graduated with a Civil Engineering degree from the University of Arkansas at Fayetteville and joined Mid-South in 2012.  He holds a license in numerous states and specializes in concrete and structural steel design for large industrial projects, primarily in the wood products industry.

While at Mid-South, Tyler has been involved in over 200 projects in more than a dozen states for a lengthy list of industrial clients.  His roles on projects have varied from consultant on small improvement projects to on-site construction coordinator to lead structural engineer on projects as large as $190 million.

Tyler is active in several professional organizations and has served as an officer for the local chapter of NSPE-AR.  Outside of work, Tyler enjoys outdoor activities with his wife, recently born son, and their dog.  He is also active in his church where he helps lead a class of 9th grade young men.

Wishing You a Successful 2020

For many, the end of the year is a time for reflection and introspection. We contemplate the personal meaning of the holiday and Christmas season and look toward a new year, and a new decade, with hope and optimism.

Within our Mid-South family, we look back on a successful 2019 and we’re grateful for a wonderful place to apply our profession and for the people with whom we have the privilege to work: our co-workers, project team members and our clients that place their trust in us daily. We’re excited as we see a 2020 full of opportunity.

We wish you a Happy New Year with hope that you will have abundant blessings in the year to come. 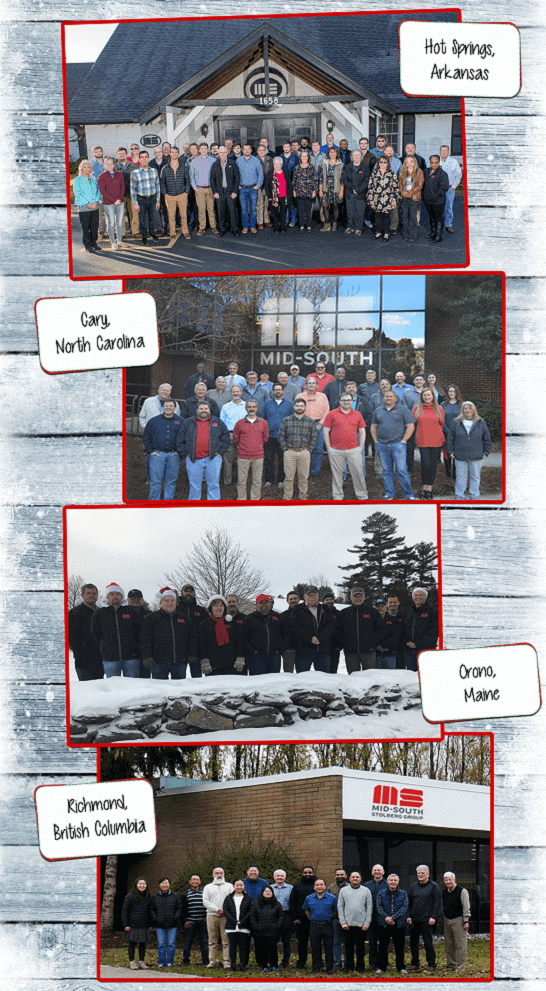 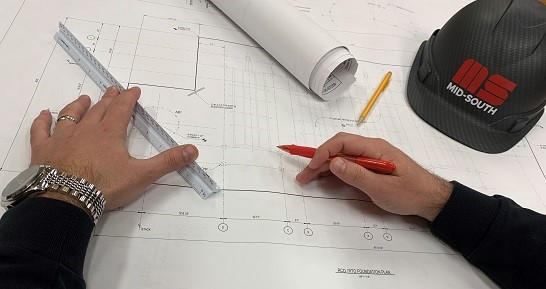 In 1969, Mid-South was founded by four engineers with a common vision – to be a complete engineering service provider focused on total dedication to the client. The path to their goal was simple: work with good clients, select and train good employees, delegate authority, and allow room for the proper execution of the job.

Over the past fifty years, Mid-South Engineering has served as a trusted independent consultant to the wood products industry, delivering a full range of engineering services, including civil, structural, mechanical, electrical, and architectural engineering, project development, project management, and construction services.

We’d like to thank all of our clients and vendors for the confidence they place in us on every project. We are excited to see what the next fifty years will bring to the wood products industry.